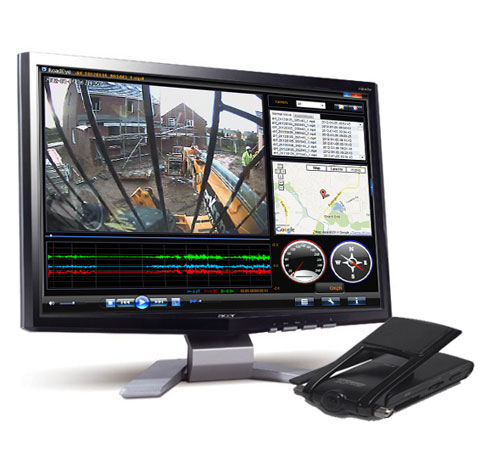 2017 is an important year for Spillard in Wolverhampton, a leading supplier of mobile safety solutions.

It celebrates its 25th anniversary in business and also marks a decade since its groundbreaking VCAS (Vehicle Collision Avoidance System) was first considered as a key piece of technology in the battle to ‘kill the blind spots’ and reduce accidents and fatalities on site dumpers.

VCAS was first introduced when Spillard were approached by Tarmac National Contracting to assist in the development of an automated braking system on rollers.

However, in 2008, the ultrasonic sensor system was adapted for dumper trucks following discussions with Brian Hume of Balfour Beatty.

Peter Spillard, Managing Director of Spillard Safety Systems, picked up the story: “Brian approached us after a very serious incident occurred on-site. It was then that we worked together to develop a safety aid that would improve safety for all on-site and try to prevent incidents from happening again.”

It was proven that this innovation aided safety by providing both audio and visual LED warnings to objects detected only within the envelope of the machine’s blind spot. There was also no override function and operators could not ignore or switch off the system.

“A lot has happened since Balfour Beatty approached us to look at a new solution for dumper trucks and I’m proud to say that thousands of VCAS units have been fitted across the UK since then.”

He continued: “The innovation behind the system focuses on the use of non-contact sensing technology, which offers a 4 metre primary sensing zone. This is communicated via both visual and audible warnings alerting the operator of immediate dangers.”

Years later, VCAS is still going strong and VCAS 300 was introduced in 2015. “VCAS 200 was the starting point. However, due to its popularity and internal technical advancements we had to provide a more advanced system that went even further to protect workers”.

Spillard has spent more than £30,000 and hundreds of hours on R&D in enhancing VCAS to include a number of new features, such as warning lights for each main sensor for quicker identification of possible objects, night silent function to mute the system at inappropriate times in residential areas and a new ultrasonic tip sensor.

In the 25th year of Spillard, further work has been done that now allows VCAS 300 to be integrated with other features to create an all-in-one system taking safety to the next level. These include external warnings to other site users, rear VCAS radar and an Optronics camera system that improve a driver’s vision significantly.

Spillard, which employs 30 people at its Headquarters, enjoyed a successful PLANTWORX, with a significant number of enquiries placed for VCAS 300.

The company’s new 3 ton show dumper was a particular hit and this – alongside the specially created visibility mats – helped reinforce the importance of killing blind spots.